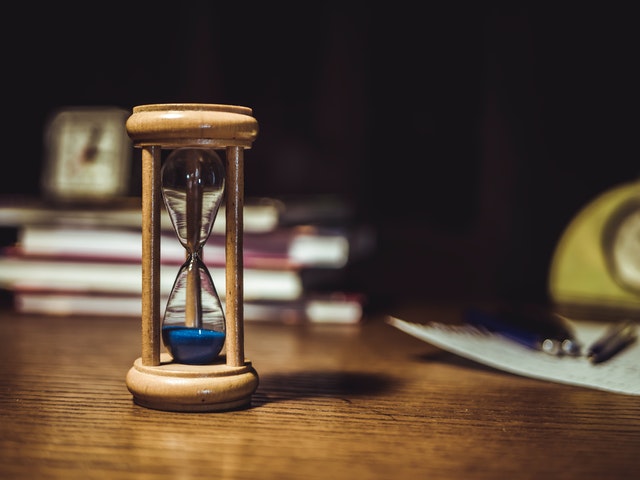 Every man should have a comprehensive understanding of nature's laws, and their operations. Then he can pull on in this world smoothly and happily. He can utilise the helping forces to serve his ends in the best possible manner. He can neutralise the hostile or antagonistic currents. Just as the fish swims against the current, so also he will be able to go against the hostile currents by adjusting himself properly and safeguarding himself through suitable precautionary methods. Otherwise he becomes a slave. He is tossed about hither and thither helplessly by various currents. Various hostile forces drag him in different corners. He drifts like a wooden plank in a river. He is always very miserable and unhappy although he is wealthy and possesses everything that the world can offer.

Do you live with an IDIOT?

The law of compensation operates everywhere in nature's phenomena. The seed breaks and a large tree arises from the seed. There is no loss in the breaking of the seed. Fuel burns. Fuel is destroyed. But there is heat, in accordance with the law of compensation. Many articles are cooked in the fire on account of the heat.

The law of compensation operates in the mental plane also. It keeps up the balance and establishes peace, concord, equilibrium, harmony and justice in nature. Think deeply, cogitate and reflect. You will see that this law of compensation is operating everywhere in the phenomena of nature. It is inexorable and immutable. No on can defy this relentless and irresistible law. If you do an evil act, you will reap a bad fruit in compensation.

If you take an individual life as an isolated event which begins with birth of the physical body and terminates with its death you cannot find any correct explanation or solution for the affairs of life. You will be groping in darkness and despair. Your present life is nothing, when compared with the whole soul-life. It is momentary – a mere fragment. If you want to find the cause or antecedent for anything, you will have to go deep into the affairs of the eternal soul-life.

Then alone there will be perfect balance of cause and effect, antecedent and consequence. Life does not end with the disintegration of this physical body alone. There is reincarnation. There had been countless previous lives also. You will have to take into consideration the widest view of the life of the soul. Then you will find a perfect, satisfactory solution for all the intricate and complicated affairs of life.

Remember that God is neither partial nor unjust. Remember that God is not responsible for the wealth of one man or the poverty of another. You suffer on account of your own wicked actions. There is nothing chaotic or capricious in this world. Things do not happen in this universe by accident or chance in a disorderly manner. They happen in regular succession and events follow each other in a regular order. There is a kind of definite connection between what is being done now by you and what will happen in the future. Sow always the seeds which will bring pleasant fruits and which will make you happy herein and hereafter.

Man is threefold in his nature. He consists of desire or feeling, knowing and willing. These three fashion his karma. He knows objects like chair, tree, etc. He feels joy and sorrow. He wills – to do this, or not to do that.

Behind the action, there are desire and thought. A desire for an object arises in the mind and then you think of ways and means to obtain it. Then you exert to possess it. Desire, thought and action always go together in this process. They are the three threads, as it were, that are twisted into the cord of karma.

Desire produces karma. You work and exert to acquire the objects of your desire. Karma produces its fruits as pain or pleasure. You will have to take birth after birth to reap the fruits of your karmas. This is the law of karma.

Karma is of three kinds, namely, the accumulated works, the works that fructify and the current works. The accumulated karmas have accrued to you from the past. Part of it is seen in the character of man, in his tendencies and aptitudes, capacities, inclinations and desires.

The fructifying karma is that portion of the past karma which is responsible for the present body. It is ripe for reaping and cannot be avoided or changed. It is only exhausted by being experienced. You pay past debts.

The karma of current works is that karma which is now being made for the future.

In Vedantic literature, there is a beautiful analogy. The archer has already released an arrow; it has left his hands. He cannot recall it. He is about to shoot another arrow. The bundle of arrows in the quiver on his back is the accumulated work. The arrow he has shot is fructifying work, and the arrow which he is about to shoot from his bow is current work. Of these, he has perfect control over the accumulated and the current works, but he must surely work out his fructifying works. The past which has begun to take effect he has to experience. Fructifying karma cannot be prevented even by the Lord.

Karma is a Sanskrit term that signifies action or deed. Any physical or mental action is karma. Thinking is mental karma. Karma is the sum total of our acts, both in the present life and in the preceding births.

Karma means not only action, but also the result of an action. The consequence of an action is really not a separate thing. It is a part of the action and cannot be divided from it. The law of karma means the law of causation. Wherever there is a cause, there an effect must be produced. A seed is a cause for the tree, which is the effect. The tree produces seeds and becomes the cause for the seeds. The cause is found in the effect and the effect is found in the cause. The effect is similar to the cause. This is the universal chain of cause and effect which has no end.

No link in the chain is unnecessary. This world runs on this fundamental and vital law. This law is inexorable and immutable. This grand law operates everywhere in the physical and mental planes. No phenomenon can escape from the operation of this mighty law and all other laws of nature are subordinate to this fundamental law.

No event can occur without having a positive, definite cause at the back of it. The breaking out of a war, the rise of a comet, the occurrence of an earthquake or a volcanic eruption, the outbreak of an epidemic, thunder, lightning, floods, diseases of the body, fortune, misfortune, all have their definite causes behind them.

The grand law of causation includes the law of action and reaction, the law of compensation and the law of retribution. All these laws come under one general, all-embracing heading, namely, the doctrine of karma.

If there is an action, there must be a reaction. The reaction will be of equal force and of similar nature. Every thought, desire, imagination and sentiment causes reaction. Virtue brings its own reward; vice brings its own punishment. This is the working of the law of reaction. God neither punishes the wicked nor rewards the virtuous. It is their own karmas that bring reward and punishment. It is the law of action and reaction that brings the fruits. No one is blamed.